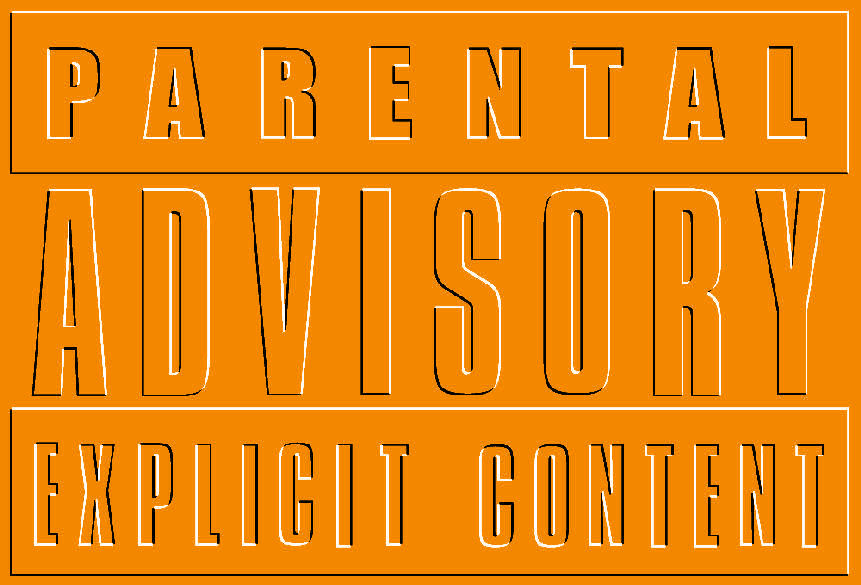 After 3 months of preparation, near zero budget , we pulled the HANNIBAL anti-Fur video together.

With fantastic energy and support throughout the production team to get this message out there it finally all came together in August in our Hannibal Finale to the Anti Fur awareness campaign. Our hope is that the sheer volume of content we have created both here in London and in the inside footage from Fur Farms in Norway, that we will be able to continue a long and widespread awareness campaign over the unethical conduct of the Fur Industry as it continues to drive and brain wash young peoples minds that they “simply cannot be any one of importance, or exist in modern society without having to own a real fur”.

The Media machine of the Fashion Industry has accelerated it’s sexualization of the image of Fur to expand on the financial gains of opening markets and it’s working. Young Women we have questioned in fur have openly commented that they feel a real fur enhances their sexuality and standing, makes them more attractive to the opposite sex and more accepted in high society.

The Hannibal song has been criticized for appearing to be rapey or degrading to women. but on what grounds ? lyrical content ? At FISHINABOX we take all criticism on board and check whether it is constructive and valid or whether it is just a knee jerk reaction to controversial issues.

So we asked around in Hoxton and Stratford on a few Saturday afternoons and evenings on the Bar circuit (before people got past their first drink) about what the image of a girl in a fur conjured up for them ? What we got back was right on the money with the Hannibal track:  “Trashy / Street Trash / Prostitute  / Thick / Wanabee / The Kardashian’s but with an empty purse / a one night stand ” , When asked would they see a girl in a denim or a leather jacket in the same way, (aside form the jokes that Mark after a couple of pints would shag a lamp post) the response was no, its the fur that makes them “game” .These responses were being bandied around by young males in East London.

The Bottom line ? From the responses we got back overall, HANNIBAL is not “rapey” but it does capture the clear issue of concern, that the status of a Women in a fur coat when compared to one without is degraded and not enhanced unless as an object.

The Fashion industry angle that “Fur is sexy is also true it seems, but sexy in what way ? It is true Fur does make you more appealing, but only as a free ride on the village bicycle.  What did anyone expect ? Was the “Sex” in wearing a fur ever going to be anything more than a pornographic statement ? After all The fashion rags are selling an image of objectification and that is exactly what wearing a fur creates. Not class, not luxury, just the image of a street hooker for free. When you wear a fur out on the town is this how you want to be perceived ? Are these perceptions acceptable ? absolutely not , but the glamorization of fur has created that image not the minds that have read and seen the ad campaigns and soaked it in. The fault lies with the fur industry and it’s marketing campaign.

After such socially ground breaking steps in Animal Rights legislation and Women’s rights and feminism over the last 40 years, we hit the new millennium and Empathy and Responsibility have been thrown out of the window. This is the age of the Selfie and in the age of the Selfie, shallow plastic painted faces in pornographic skins ripped of the bodies of beautiful wild animals while still screaming is the new “black”.

The ability to think for ourselves culturally has been “sold” to our mobile phones, news rags, and plastic passion icons of no substance. The evidence is everywhere, from what you see tottering along in Knightsbridge in heels that cost more that a studio flats monthly rent, through to even the pitiful egotistical choices for candidates in the US Presidential election. The Social and Political spheres of the western world are no longer right wing or left wing but self wing.

Humanity is heading for a fall, the Fashion Carnival has made a mockery out of people and a tragedy out of the animal it persecutes. but for what ? to satisfy one simple thing: greed.

We hope that Hannibal, whether you find the content offensive or not, will get this message to you.

Do not degrade yourself and sacrifice your independent ethical choice, morality, or true beauty as sentient beings by engaging and buying into the base, immoral and pornography of the Fur Industry. Just say NO to FUR.

The care / don’t care about Fur debate in the Media:

Filming HANNIBAL we basically only had enough budget to get the film studio blood (V) , pull together some costumes and the petrol to get to location. When we reached out to the Fashion Community to fund / donate / support this campaign no one wanted to touch it. responses over ” it’s fashion suicide for our business to be involved in such a campaign/ we have been told to ask you to leave,  through to , you don’t understand the power of the Fur industry, just walk away”

We were able though to secure the good support and to work once again with the Animal Rights Group “FBI Animals” (best known for the weekly Saturday Anti Fur and Anti Fois Gras protests in Knightsbridge) to produce the video.

The Story line follows a play off with a hunt and trap group coming across a wild tribe, they are trapped hunted and skinned for their fur coats then discarded. Simple story . Basically the story of forest and field mammals all over western Europe, US, Canada and Asia.

We have placed into the story some symbolism worth mentioning to better understand the depth in the story:

CARNIVAL MASKS: Carnival and Circus Masks were used on the catwalk to parody the fake plastic image of the Fashion Industry  and its endless re-branding of bling and glitz. This symbolism is aimed at the shallow self wing lifestyle that the industry and fur products appeal to.

MASKS IN GENERAL: FISHINABOX continues to use the symbolism of the mask to focus people on what is being presented in the story and not the people or players behind the set. There is nothing, no self , no personality beyond the story. The Mask has always been, throughout all tribal culture, used as a way to project the character carved into the Mask and to loose the person animating it from behind. Religious and ceremonial Masks have been assigned with Magical transitioning qualities throughout history.

UMBRELLAS: The Umbrella became a symbol of revolution during the Hong Kong Umbrella Revolution. Yellow Umbrellas were assigned significance as meaning “our home” and red for the blood of the downtrodden. The Umbrellas in the Hong Kong Protests were used as a wall to deflect tears gas and protect the demonstrators.

In the HANNIBAL video we use a giant Yellow Umbrella sail for the roof of the Fur Tribe home and the twirling Red Umbrella in the hands of Catwalk models, or, just discarded on the floor to symbolize the fickle disregard to the lives of the animals that had been killed for pelts.

NOTE: Previously FISHINABOX has also used this symbol as a defiance against the Japanese Whaling industry representing the spilt blood of Dolphins in the annual Taiji Cover Slaughter)

CATWALK SCENE: The Catwalk scene was included as it is the core image of anti-fur protesting. The trashing of Fashion Models, in Furs, with Blood stains stems back to the LYNX campaign in the early 1980’s where they pictured a woman in heels and fur coat leaving a trail of blood as she walked. The idea has been done many different ways but essentially around the same theme. It is not an original concept though is central to the subject matter of the storyboard hence it’s inclusion.

FIRE: Is used as a symbol of cleansing and cremation. In the Video the furs skinned off the Fur Tribe as set on fire and waved in a circle signifying Samsara the wheel of life and reincarnation. As they are turned in a circle the reference is that the Fur Tribe will be reincarnated and restored to life which is opposite of Humanities spiritual ideal that they will be able to leave the eternal cycle of reincarnation and achieve enlightenment and nirvana.

FUR TRIBE MAKE-UP: The Tribes make up were based around Native North and South American Amazonian and other Women strong warrior tribes.

MA’IINGAN (THE WOLF SPIRIT): The Wolf Spirit appears in line with First Nation Canadian Spiritual Beliefs of the Wolf as a Teacher, Mother Protector and Guardian and predictor of the future. Where the Wolf Spirit Dies so does it’s people. Ma’iingan being shown as a powerful Forest Dwelling Spirit captures the belief that in the end the Fur Tribe will be victorious over the plague of endless hunting. rape and destruction. Ma’iingan holds the anti fur placards and beats them on the ground to drum support from us the people to stop the crimes of the Fur Industry. 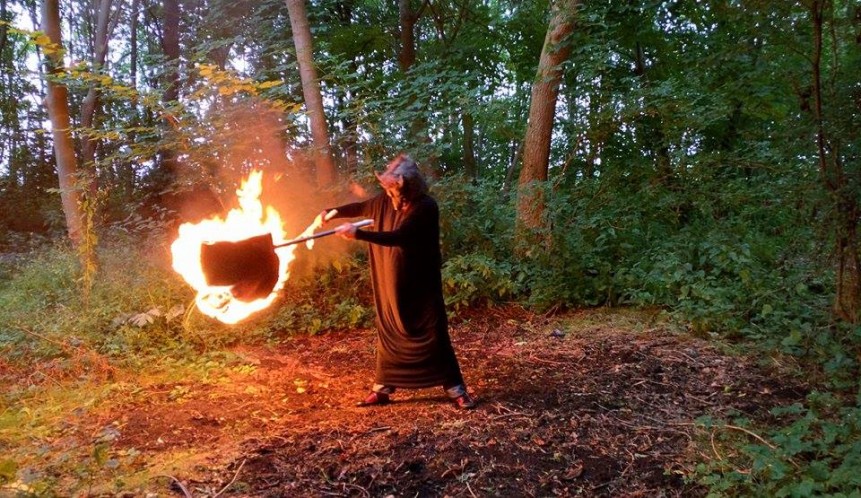 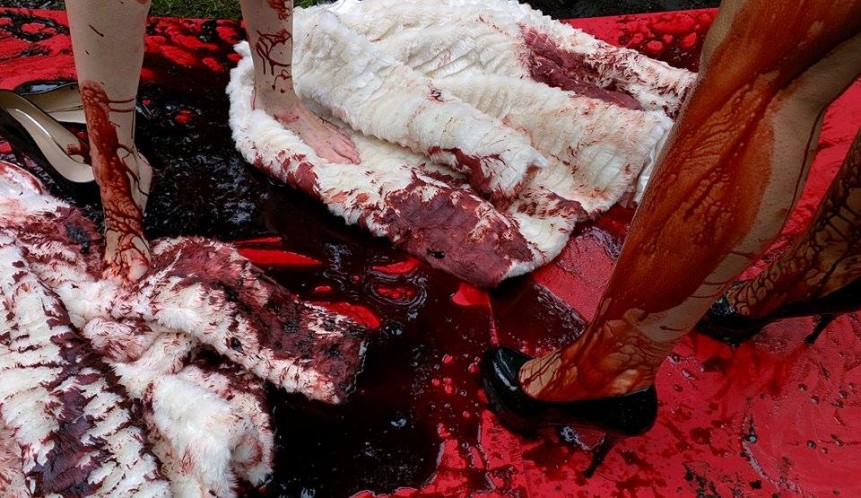