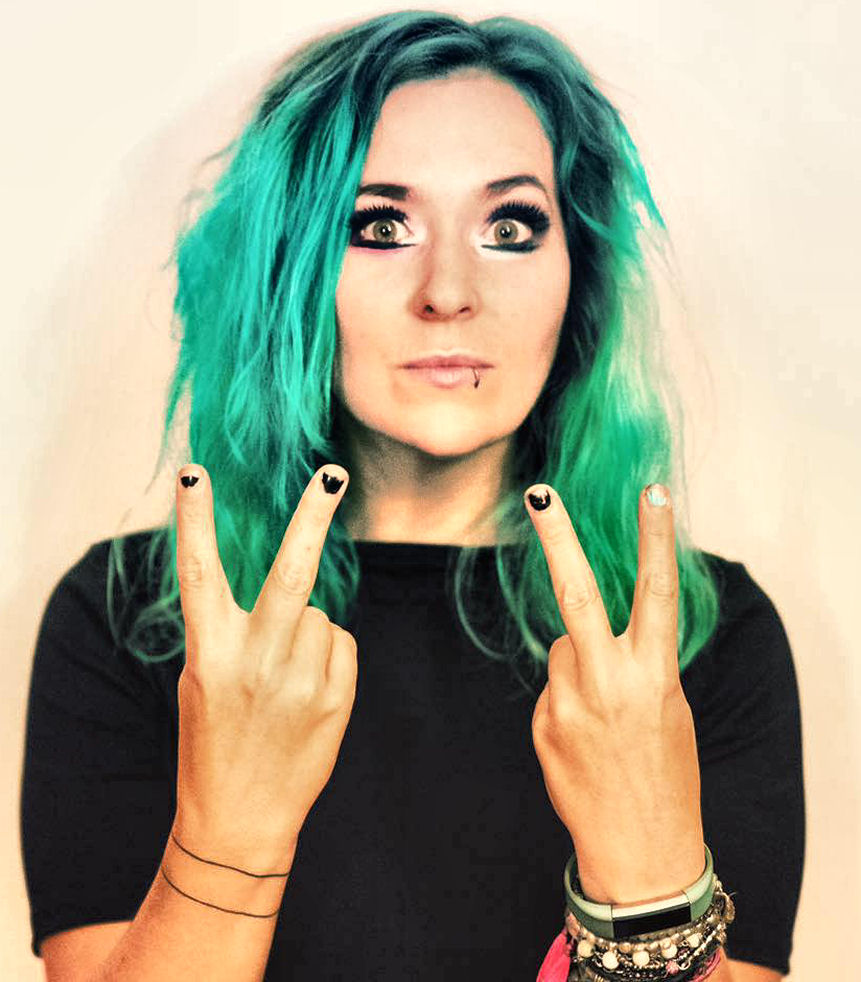 2018 saw the return to centre stage of the “Chanson Engagé” with the launch of VEGSTOCK festival.

The brain child of singer / songwriter Queen V, the festival brought together Vegan music artists to carve out a place in the music industry to profile the vegan music scene.

VEGSTOCK 2018 festival rolled out at the Piano Works in Farringdon. The line-up consisted of 12 vegan acts in total, 11 bands and 1 DJ.

As in all things Vegan they stepped up the festival game, The “usual” festival go to of sticky heart attack droopy burgers and warm”piss in a pot” beer in cracked plastic pinters was replaced with a stunning selection of vegan food vendors (Vegan Sweet Tooth London, Shakey Shakey Vegan, Sheila’s Kitchen, Love Ice Cream and Jump To The Beet) and an endless all vegan drinks bar put on by the Piano Works, both alcoholic and non alcoholic.

Festival “usuals” of overpriced tacky band t-shirt stands were replaced with all ethical art / jewellery / clothing stalls. Vegstock as well as kick ass music, was the perfect place to experience and enjoy some of the best vegan bites there are to offer and the perfect place to pick up some seriously cool accessories and clothes.

So who was on the line up: 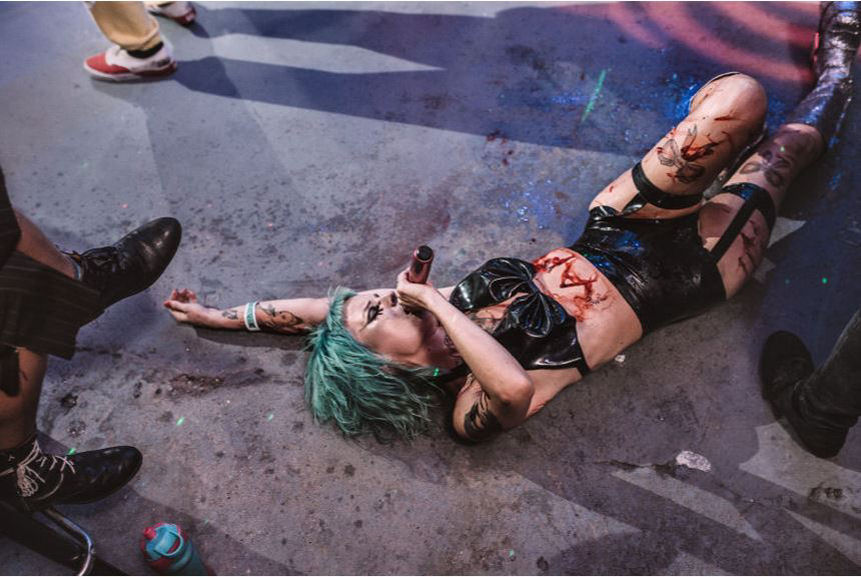 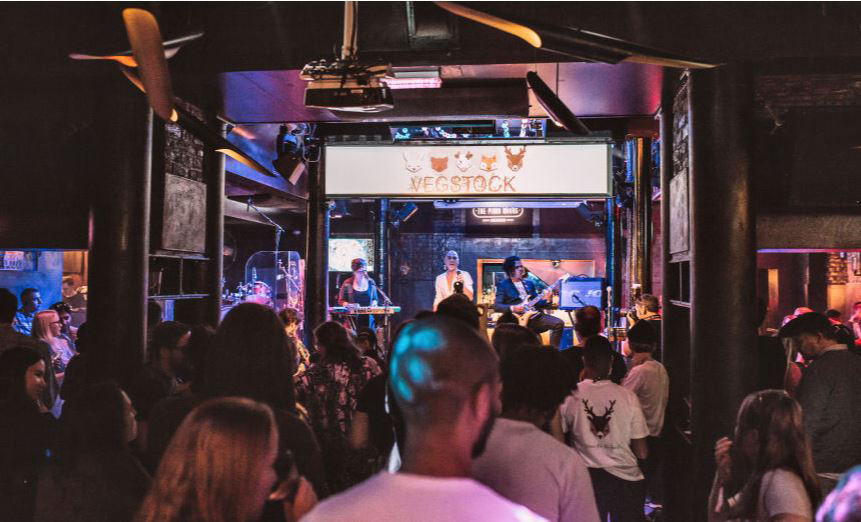 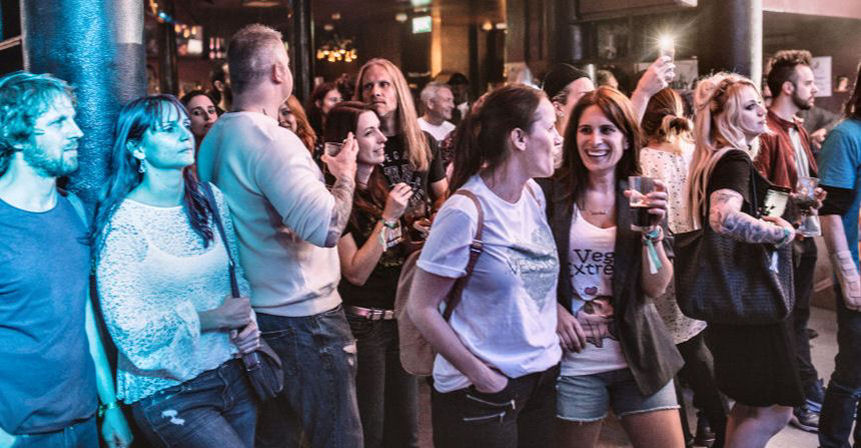 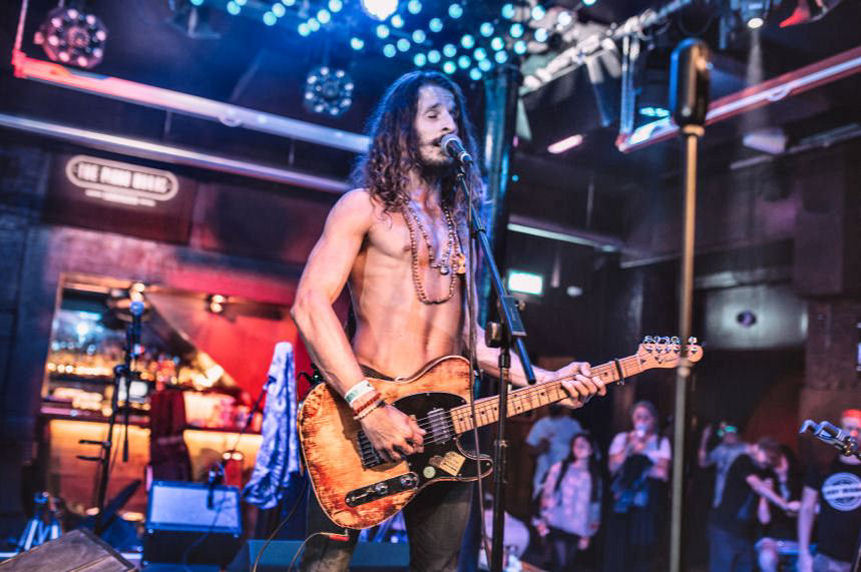 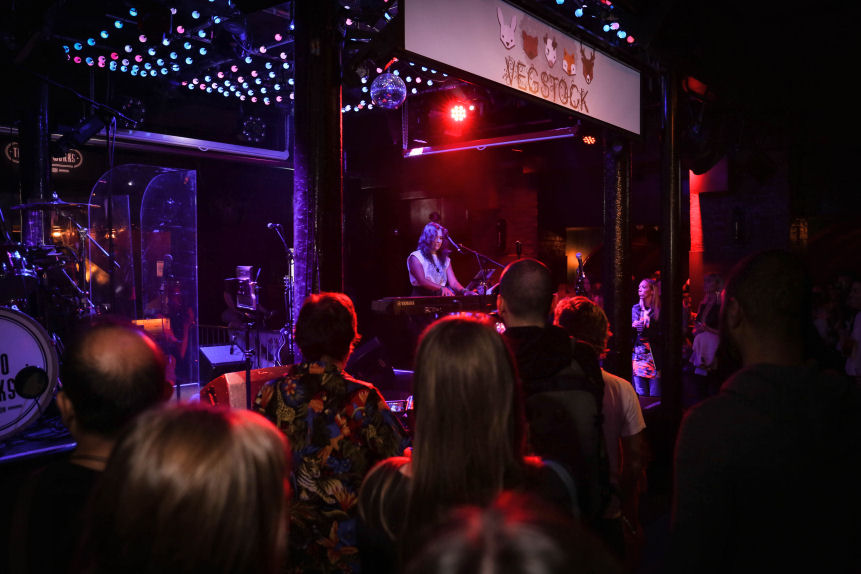 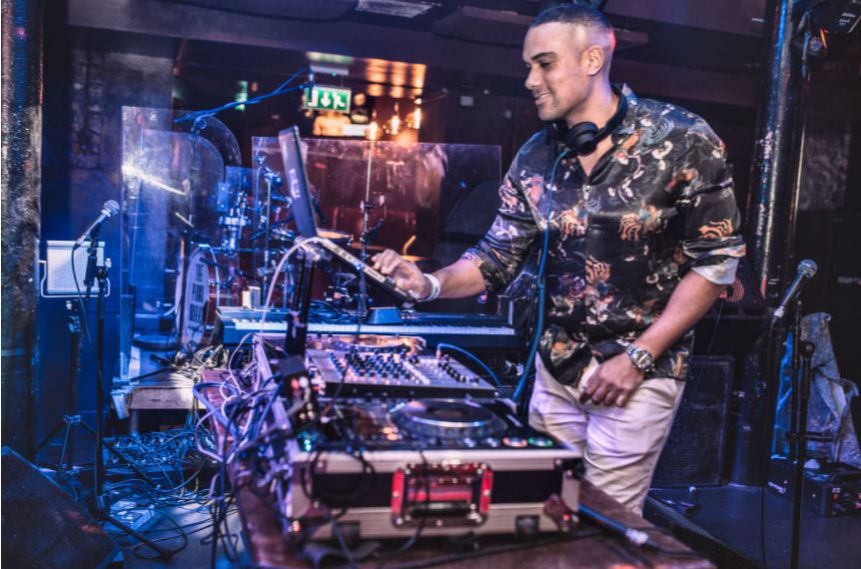 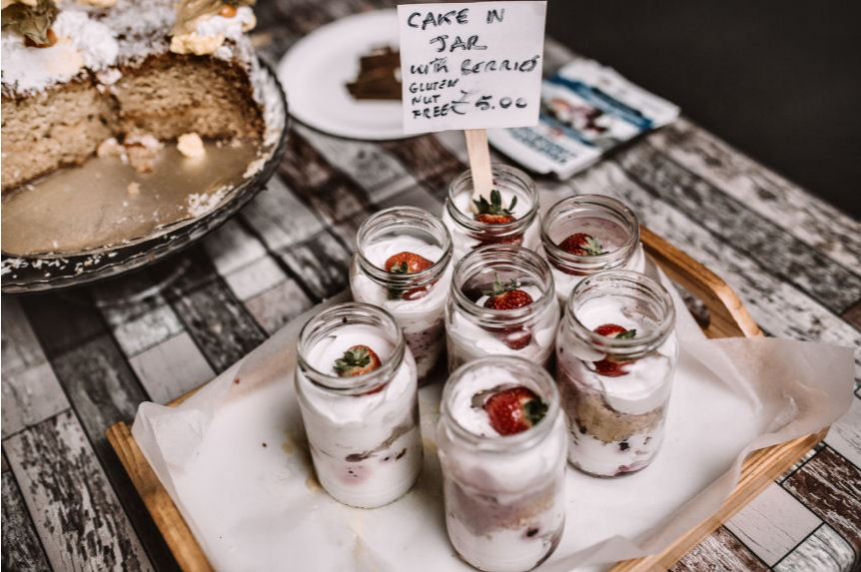 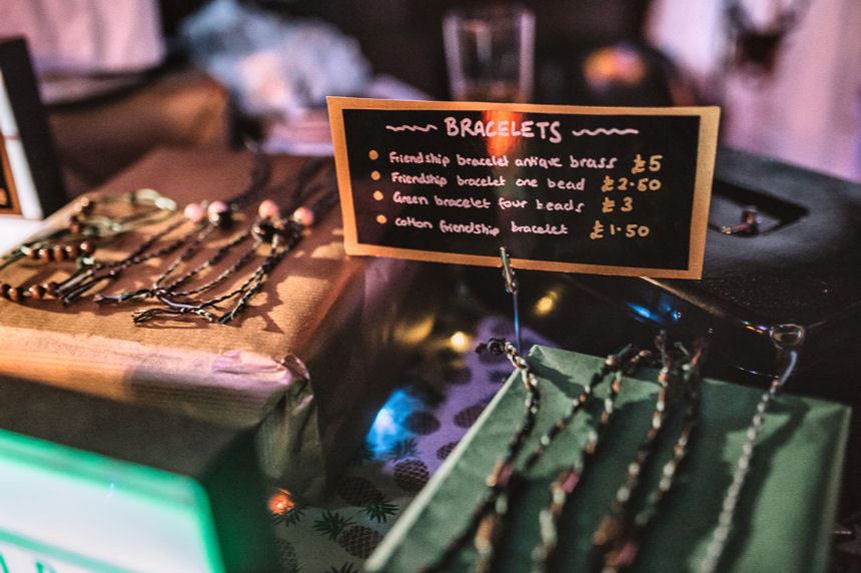 The Vegstock event raised funds in aid of: Open Cages – www.opencages.org and was Sponsored by The amazing Ethical Globe sponsoring the festival – www.ethicalglobe.com 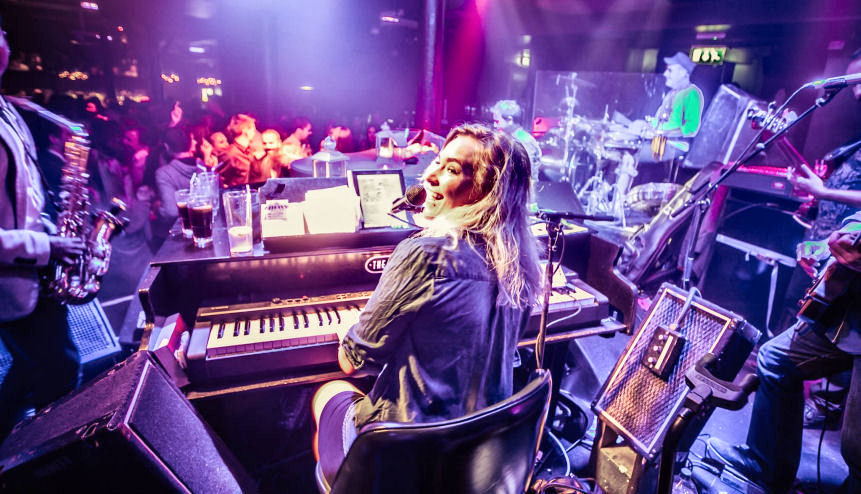 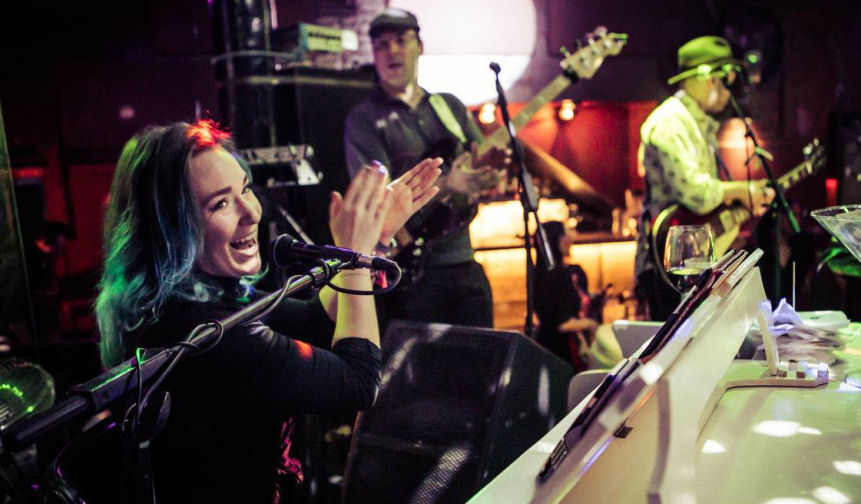 An Interview with Queen V – 10 questions:

01 – Whats your Vegan story ?
I was vegetarian since the age of 8. I adored animals from a very young age and it made no sense to me to kill and eat what I loved. It wasn’t until I moved to London in January 2016 that veganism really came in to my life – I’d of course heard about it before but honestly thought it was more of a hippy thing to do and hadn’t given it any extra though. I know. My ignorance is painful. But I started working with a few bands down here, some members of which were vegan. I’d also just started dating my now boyfriend and he showed me ‘Cowspiracy,’ (he wasn’t vegan then but he is now!) Between them I got the knowledge I’d been seriously lacking.

02 – Did ethics (veganism etc) drive you to get into song writing ?
I wrote my first song at the age of 12. Savage Garden and Hanson inspired, I do believe. Music is my love and after studying it at college, I became a full time musician. However, veganism finally gave me something real to talk about. Something actually important. It was so refreshing. To write a song and know it means so much more. There’s so much bullshit in the charts, and it’s a shame, because that music influences a lot of young people. It’s my goal to get my songs mainstream because they’re important and tackles bigger more pressing issues than just, er, love. Or the lack of love. Or the betrayal of love. Or whatever the hell they’re churning out currently.

03 – what were your motivations in pulling the Vegstock event together ?
It was a bit of a no-brainer really. Having set up my vegan channel last summer (2017) I’ve played a lot of little vegan festivals and what not. But there really aren’t THAT many places to play my vegan songs and I realised no one was putting on an all vegan music festival. So I thought I would!
04 – Do you think there is a market for “Vegan Music” to raise awareness regarding veganism ?
I think if they’re written well and they come across in the right way, yes. There is. People are being more mindful of their choices in today’s society. Granted, we have a long way to go and lot of damage to repair. But I feel that a great deal of people want to help make this a better world for everyone. That’s where vegan music comes in.

05 – Is your aim to stay specifically in a ethical social genre ?
Currently I’m mainly writing about and focusing on veganism, liberating farm animals from the hell we’ve created for them, trying to slow down and start to repair the damage we’ve done to the environment. But, it’s all interlinked. It’s all part of the bigger puzzle. Ultimately selfishness and greed is what is destroying us and pretty much everything falls under that.
06 – Did you feel supported by the vegan community in putting on the VegStock event ?
Yeah some people were super supportive. Livekindly did a write up for us which was insanely amazing. A few other vegan pages shared the event. London’s first ever all vegan supermarket GreenBay (which is SO AWESOME) wrote about us. Fat Gay Vegan gave us a mention or two. And a few more too – generally very very positive and helpful, which is what you’d like to expect in a vegan community…! A couple of vegan places in the area wouldn’t let me display a poster a few days before the event, and that was pretty disappointing.
07 In setting up Vegstock were you mindful of other vegan social events being seen as brands or branded, that have falling into criticism for failing to stick to the vegan ethic or putting out self promoting, profiteering and confusing messages ?
That was my first hurdle really. From doing a lot of ‘googling’ I couldn’t find many vegan bands. And I almost stopped as soon as I had started. Still I stuck with it, and found a few awesome artists either through playing shows with them or hearing about them through friends. I also looked at the roster for a few animal sanctuary festivals.. I figured it was likely those bands were vegan (although I pissed off the band leader of one such band who turned out not to be vegan. Apparently I was being discriminatory saying I only wanted vegan bands. For my vegan festival. Sure.) After advertising the event and it becoming so successful on facebook, it turns out there are a HELL of a lot of vegan artists and bands… it was just difficult to find them! But it’s great as I now have a possibles list for next time. Of course the food stalls were all vegan, as were the products used by my henna lady, hair braider and masseuse.
08 – Who were your favorite acts and have you any collaborations with other artists that have or may grow out of putting on this event?
I played with Rudy Warman and the Heavyweather in Kent so I already knew they were phenomenal. Riiver was great. Tokyo Taboo were insanely good too. No plans to collaborate yet but I’m sure something will be on the cards at some point.

Rudy Warman and the Heavyweather:

09 – Do you have sponsorship / crowd funding, if people wanted to for example get a sample album of the bands such as VegStock2018 is that a thing ?
I don’t have either… but that could be super cool!

10 – where to next columbus ? – what have you got in the pipeline ?
Yes big things are in store! Our plan is to do quarterly mini Vegstocks, and then have the one big festival once a year, hopefully outside. I’m currently still stuck on the name for these smaller events..! But once I have that we’ll be all set. The next event will be Sunday January 20th – you heard it here first! I would love to do the next big Vegstock outside, maybe even make a weekend of it. But there’s obviously a heck of a lot more planning that needs to go in to an event like that. Fingers crossed I can pull it off. In terms of the playlist for the upcoming smaller Vegstocks – I would love to hear anyone’s music if they’re a vegan performing artist – please send links to vegstockuk@gmail.com 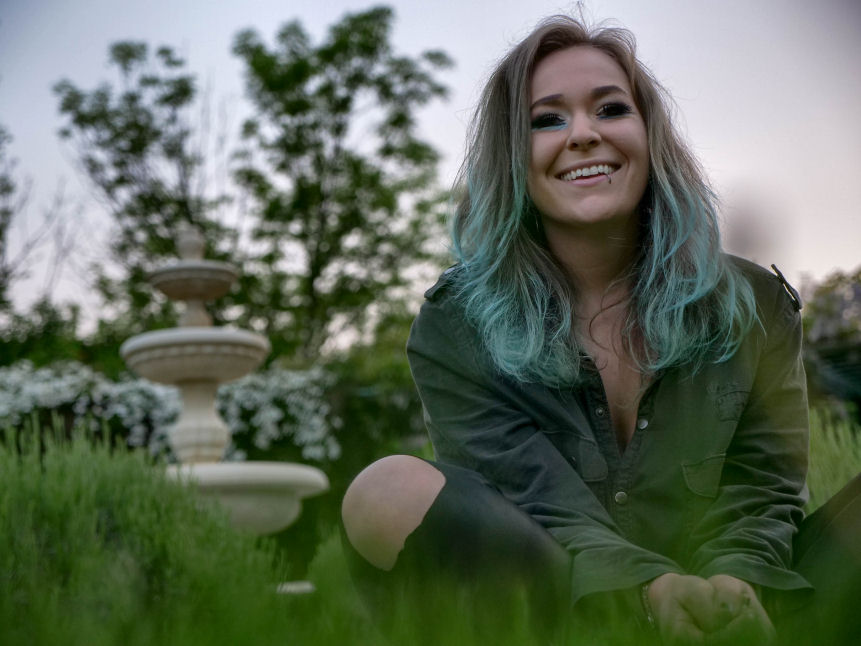 Ok more to come from Queen V  – lets take a look at some of your work: