PALM OIL – How can a product that harms animals be called VEGAN ?

PALM OIL – How can a product that harms animals be called VEGAN ?

The Question forms the answer, we would expect that no product whatever its origin, plant or animal derived that directly and deliberately causes harm to animals, drives hunting, fuels climate change, can ever be Vegan.

Where do you draw the line ? cash crops, biofuel diesel… Is the world stacked so highly against ethics to render all products at some level or another non vegan ? Does following a planet based diet and working for animal rights against exploitation constitute enough depth to be Vegan ? the debate rages..

Palm oil is everywhere, it’s in everything, corporations and large scaling Vegan food distribution and supply love it. New Converts to veganism appear to be dependent on it and defend it as a corner stone of there new found cruelty free epiphany even questioning vegan ethics and practices within the established community.

In November 1944, Donald Watson along with five other non-dairy vegetarians, including Elsie Shrigley, defined and drew up the founding basis for a modernised clear evolution of non-dairy vegetarianism and created the word Vegan to define practice and lifestyle. “Vegan” is built from the first three and last two letters of ‘vegetarian’. In the words of Donald Watson, it marked “the beginning and end of vegetarianism.”

The supporting Slogans for the expanding Vegan movement have since been further clarified by five rules of mindfulness and  practice. the five rules are:

01 – For Compassion (Empathy and care in lifestyle choices)

02 – Non-Violence (pacifism for all species “thou shall not kill”)

Palm oil, oil from the fruit of a palm tree might sound very vegan but when you compare the industry against the founding definition of Veganism and the core rules of mindfulness, we cannot see how it can ever be.

A slew of Vegetarian meddling in Vegan ethics has lead to extensive confusion as to how “Vegan” Palm oil can or could be.

As the fashionability of being “Vegan” grows so too does dilution of the practicing values of the vegan movement.

Vegans , becoming more and more frustrated with this dilution “authorising” the consumption of products that challenge the principles of Veganism simply because commercial globalised food manufacturing lace it in all processed foods. This and the normalising of cruelty have coined the term “apologetic vegan”.

The term “Apologetic Vegan” though is probably also wrong. Someone who does not follow the definition of Veganism can be challenged as simply being not Vegan. There are no options for the Vegan, like Honey on Sunday or a bit of Horse riding wont do any harm. There are no, I can’t check the ingredients, it wont hurt once or twice, so I will have it anyway etc…These are the principles of a vegetarian NOT the Vegan.

Who’s Who  in the grey area between “Vegetarian” /”Vegan” ?

Palm oil and the consumption of it, though plant based cannot in any stretch of the imagination be Vegan as it conflicts directly with 4 of the 5 rules of mindfulness. Though Palm oil is as Vegan as a Monsanto sweet corn GM crop, it is plant based, though when taken in isolation back to the definition of Vegan, it does not make the grade.

As Vegans we must at all times look to the root definition of Veganism and check products in isolation against that definition and where any question lies in to the ethics of a product, seek an alternative or do without.

The point is that we do not live in a vegan world, and until we do we cannot be wholly vegan , what we must do though is to at all times strive to be as close to the pure root and meaning of veganism as is possible. Palm Oil is a clearly obvious non ethical product and the expectation is that all modern vegans would refuse to consume it.

Let’s look at Palm oil itself – Yes its plant based and it’s freely used in processed foods, makeup, household cleaners, toiletries, bio-diesel, but it carries a huge price that challenges the founding ethics of the modern vegan movement, concerns over deforestation, habitat destruction, loss of biodiversity, species extinction (Orangutans), and a slew of human rights violations in the devastation or deforestation clearings that Palm oil production leaves behind it on the ecological battlefield.

The impact of Palm oil production on its habitat has always been well known by the commercial producers, though it was not until Biruté Galdikas, one of the greatest scientists and primatologists of the 20th century, and founder of the Orangutan foundation international in 1986 voiced concerns over the impact of exploding Palm oil production that the issue started to gain Main press.

Biruté Mary Galdikas has spent more than 40 years living and studying the behaviour of orangutans inside the once pristine rainforest of Borneo, Indonesia.

The rainforests threatened by palm oil production are uniquely lush and diverse, housing over half of the world’s species of flora and fauna. In recent years, conflict palm oil harvesting has become the leading contributor to rainforest destruction.

Not only are wild orangutans displaced in the name of palm oil, but they are also killed as pests when they return to what’s left of their habitat. In addition to the environmental concerns, palm oil carries serious health implications.

According to the documentary Sumatra Burning, an estimated 60,000 locals suffer from breathing complications due to smog caused by deforestation. Palm oil laborers are compensated with next-to-nothing wages. Many native communities have tried to stand up to these exploitative corporations, only to be forced out of the discussion.

Unfortunately, it appears that many ethical vegan companies are not immune from corporate mal-governance. By using ingredients as destructive as palm oil, these businesses are essentially standing for profit above all else.

Palm oil companies do not have a good record of wthical conduct, offering financial remuneration of 100$ a head for the shooting of orangutans despite this being illegal under Malaysian  and Indonesian laws of governance with regard to Palm Oil. Sign the below petition to stop this practice: 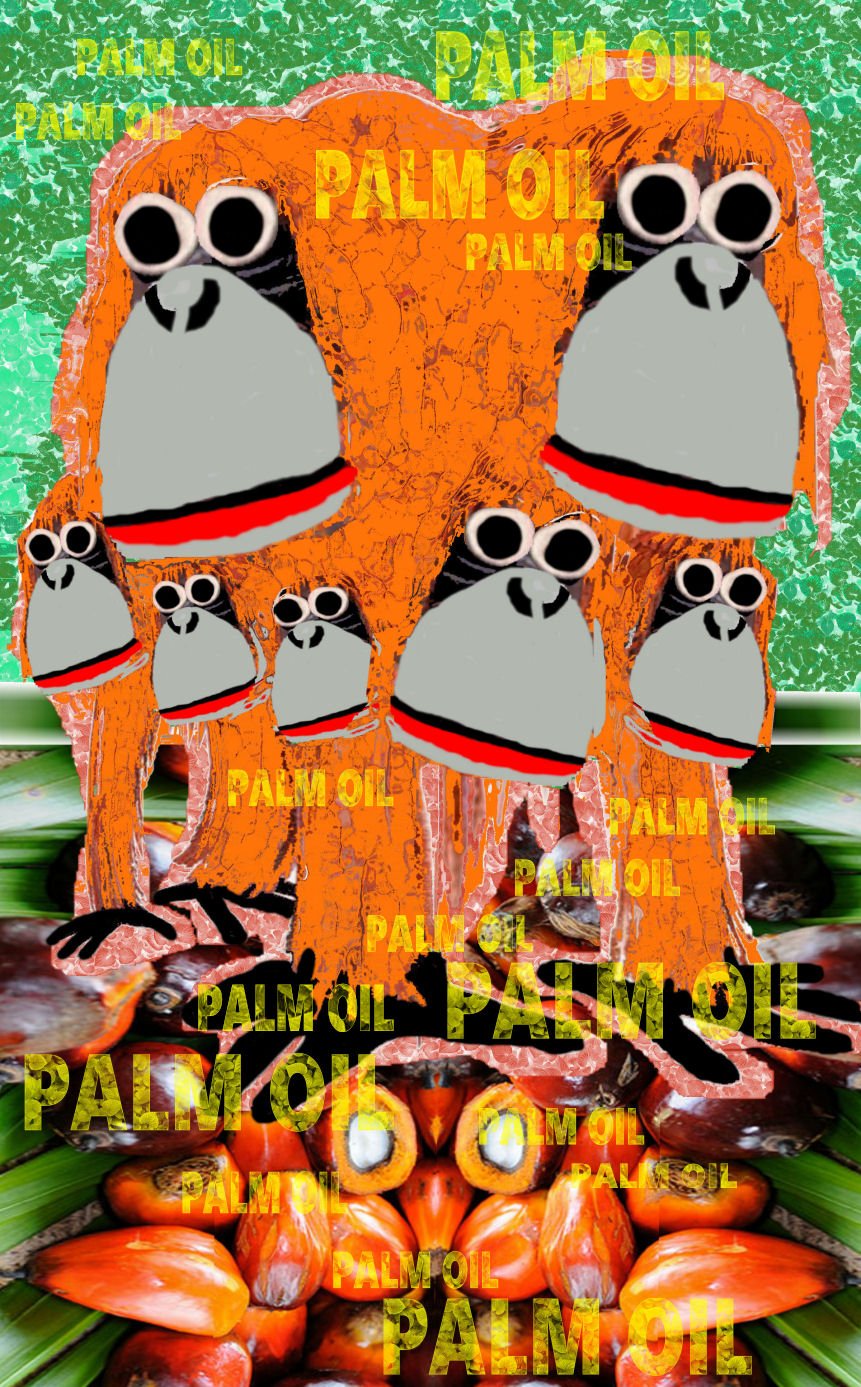 The Vegan Community often opens discussion on comparison between palm oil and commercial vegetable and grain crops, in the sense that the globalised scale production of any crop also falls in to the category of “vegetarian” not “vegan”and brings into question any farming that is not a small holding or organic. Certainly the impact of pesticides and harvesting GM anti insect crops are not vegan.

Whether or not globalised farming is or is not vegan does not change the non ethical status of Palm Oil in any way. To justify classing Palm Oil as vegan on the basis that other industries also require scrutiny and where to draw the line is an aside to the actual issue of Palm oil in itself vis-a-vis the Vegan ethic.

Where the Vegan encounters globalised farming he/she is faced with, in the pure vegan ethic, a potential need to set up and manage a small holding or work with local produce groups to exchange and barter for non pesticide cash crop farming, sounds harder than it actually is.

Please see the below links to find out whether there is any traction in barter and tradein the UK and whether you are actually able to barter and trade small holding produce within the (UK) law:

The extend in which Palm oil has been rolled in to product has been, to a large extent, concealed by using over 200 different names for Palm oil on ingredients to mask the extent of it’s usage and to trick consumers who concerned over its bad rep may overlook ingredients that have been “re-branded”.

Many food products have Palm Oil listed as ‘vegetable oil’ and in non food products, there is at last count over 200 alternate names for palm oil.

There is money in Palm oil, big money, enough to direct western governments to stop subsidizing local vegetable oils and to import foreign palm oils instead.

So to conclude, Palm oil cannot be Vegan, It is certainly Vegetarian, it is definitely Plant Based but it’s not Vegan when taken in isolation against the definition of Veganism as it does not satisfy or meet the definition or practicing code of Veganism. 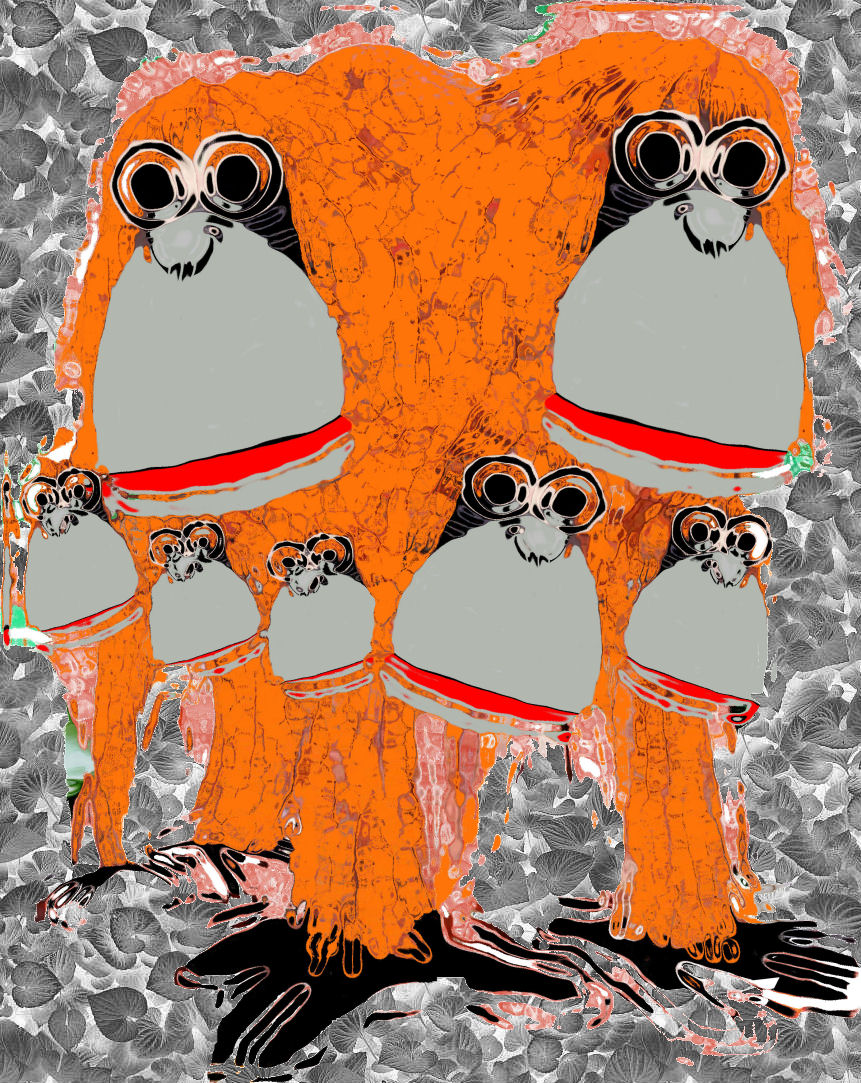