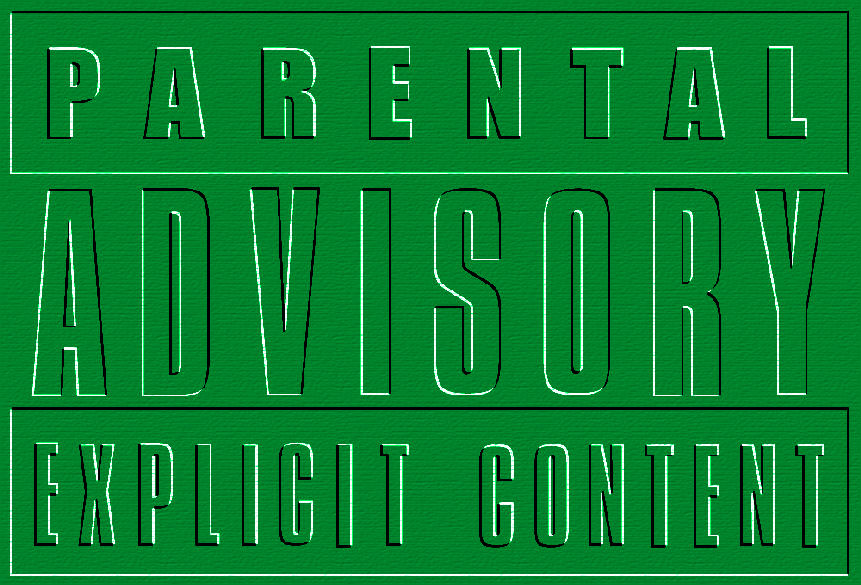 There has been a History of Anti Fur Protest activity against Harrods from a number of Animal Rights Groups and Organizations. Most recently form 2005 to 2013 Anti Fur protesting at the Elite Store was being driven by Coalition to Abolish the Fur Trade. In 2013 despite widespread public unrest, Harrods succeed in securing a court Injunction to effectively silence protest. The Coalition to Abolish the Fur Trade has now turned there attentions to Harvey Nichols outlets.

In November 2014 Heidi Mary Porter, committed animal rights activist nudity protester and model, under her deep probing animal rights investigation operation “FBI animals” took up the banner and started protest again against Harrods Store policy of stocking Real Fur. Heidi and a growing movement of protesters can be seen outside Harrods Every Saturday  from 2 – 6.

With protest action visible at both Harrods and Harvey Nichols, Knightsbridge has become a Tourism “hotspot” Websites are showing the protest action with a 72% rating as excellent / very good / informative. Protest tourism has become a popular way over the last few years for travelers to enjoy of a very special kind of sightseeing.

The Harrods “I’d rather go naked than wear Fur” action specifically has now also been listed on “Trip Advisor” with over 3500 4 or 5 /5 star reviews out of 4900 reviews. A must see / be part of for Londoners and tourists alike.

Fishinabox, the Anti Fur society, Nettverk for dyrs frihet and Dyrebeskyttelsen Norge have all investigated lines of supply back to “Ethical” Farms and found evidence of gross negligence. In all cases , All fur farms investigated contained the same conditions. Animals keep in dire confinement have resorted to gnawing their own limbs, attacking each other, neglected, eating excrement when not feed, death and disease is unchecked and carcasses are left with living animals:

Why Harrods ? Perhaps by gaining the support of one one the oldest and most respected stores in London the message will filter down to the retail sector in general over the archaic practice of selling FUR.

Harrods , (according to “wikipedia” and wikipedia is always right about aristo-crap-tic long standing Globally renowned establishments) is an upmarket department store located on the Brompton Road in Knightsbridge, in the Royal Borough of Kensington and Chelsea, London. The Harrods motto is Omnia Omnibus Ubique—All Things for All People, Everywhere has proven to be a poison pill when faced with the controversy of FUR.

Cruel or Cool ? Are we such a nation of self-obsessed wannabees that the ”what” in what we wear is no longer important ? 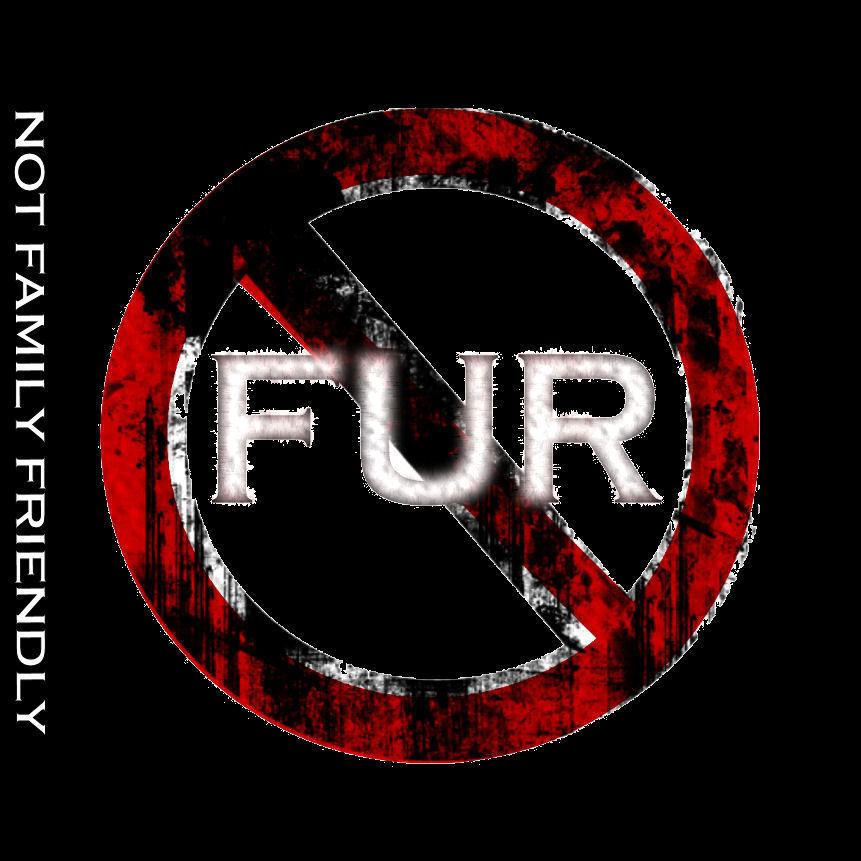 “The last few month’s has seen intense weekly protesting at Harrods Knightsbridge over the continued refusal to re-address policies on the stocking and sale of Real Fur.

Anti Fur demonstrators and supporters are highlighting a sickening trend in British high society to support base and embarrassing commercial practices, resulting in an increasing number of high profile celebrities distancing themselves from the store and its fur policy.”

Harrods was sold to the Qatari royal family’s investment company in 2010, (according to “wikipedia”)  despite being a “money honey-pot” and bastion of the foreign investor/ “buy to leave” culture; it still clings publicly to it’s Empirically British and upmarket status as London’s premier department store.

Harrod’s is located on the Brompton Road in Knightsbridge, in the Royal Borough of Kensington and Chelsea, London.

The Harrods motto is Omnia Omnibus Ubique—All Things for All People, Everywhere has proven to be a poison pill when faced with the controversy of FUR.

Harrods is the only department store in Britain has re-instated and continues to sell FUR. (That’s DEPARTMENT Store, not, retail chain – retail is rolling out FUR without limitation)  Their elitist example of the “acceptability” of fur and the “class tag” of Harrods goods creates an acceptance in high society of the allure to FUR products which is challenged in this protest.

Harrod’s steadfast resistance to public requests to take Fur off  the shelves have led to an ever escalating anti fur campaign. In February’s Protest Action demonstrators have been under pressure from Bullish Security following the relaunch of action under the banner of “I’d Rather go Naked than wear Fur”.

In March the protesters were served with an all guns blazing 16 page restriction order from the Royal Court of Justice (dated 2013) and have been under pressure from the Store security attempting to impose the conditions of the order. The Order relates to previous anti Fur campaigns against the Store which had been constant through 2005 to 2013.

The pressure continues to mount against Harrods and in turn Harrods increasingly are tightening the screws to silence public dissent.

Interest is also gathering in Media Circles to run a TV show to find Harrods a high quality Fake Fur solution to the dire bad publicity trap of continuing to stock so called “Ethical Fur” after the fur farms have been opened and exposed as a public disgrace.

As far as Harrods History goes, its been off the shelf since 1990 so why is it back on sale again at London’s exclusive retail establishment ? With new fur farming techniques being even more offensive than the 1990’s,. how do retail establishments get away with blood on their hands and wash their dirty laundry and exclusive price points around our Capital City ?

The reason for restocking Fur is simple – They do it because YOU demand it, because YOU no longer care about the ethics of fur farming…

To expose the store on so called “Ethical Fur Retail” – Heidi Mary Porter and the London Vegan Action Group, (animal rights activists and nudity protesters) outside Harrods EVERY Saturday Afternoon.

Get along to the DEMO on a Saturday afternoon and find out why the “fur is flying” again at London’s Premier Store.

MORE OF THE SAME: http://www.theguardian.com/fashion/2015/mar/25/fur-trade-booming-fashion-catwalks 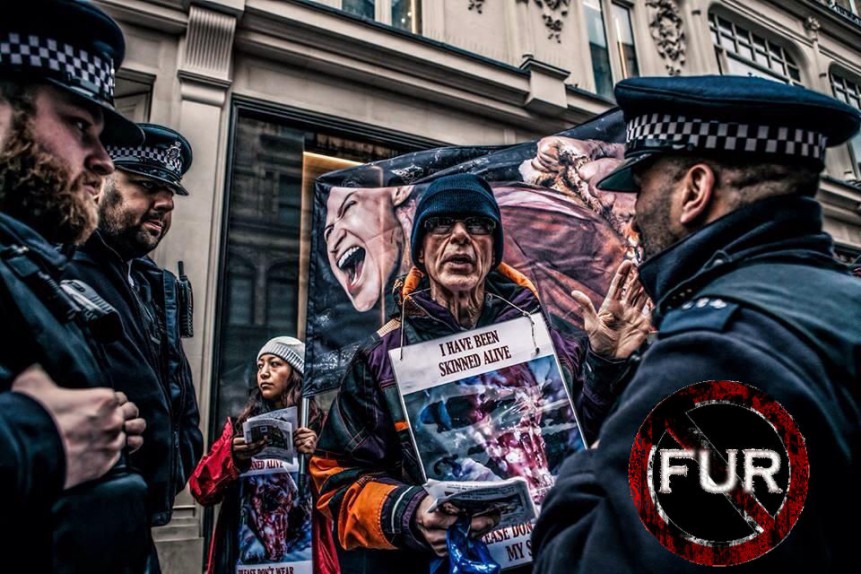 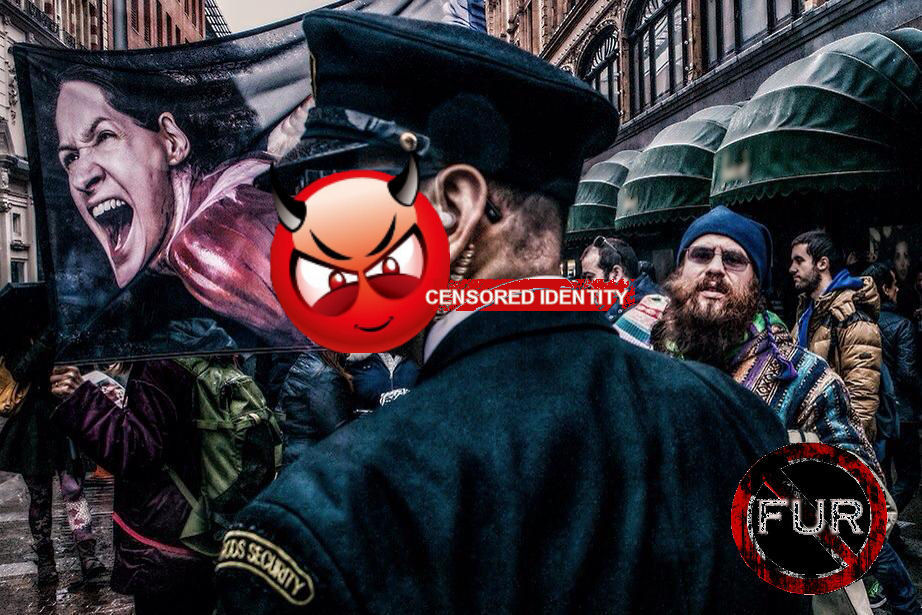 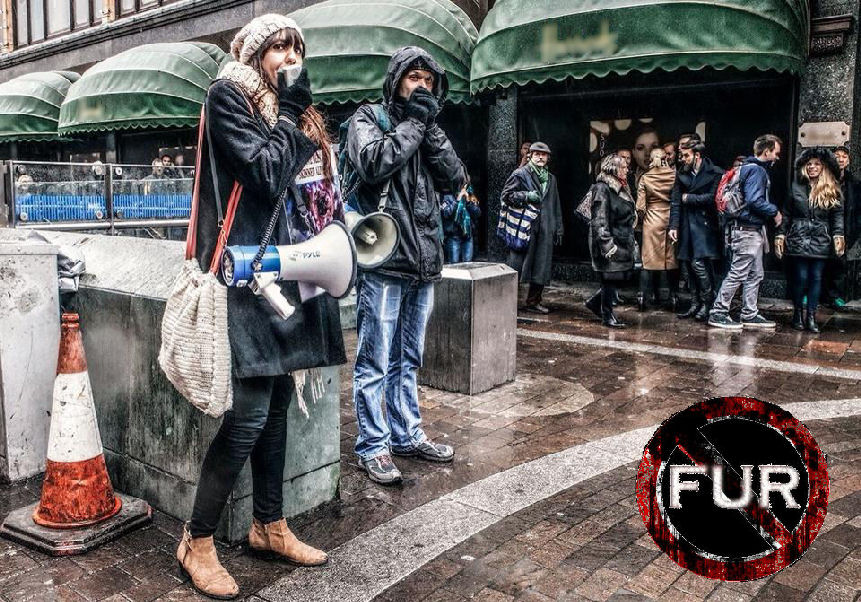 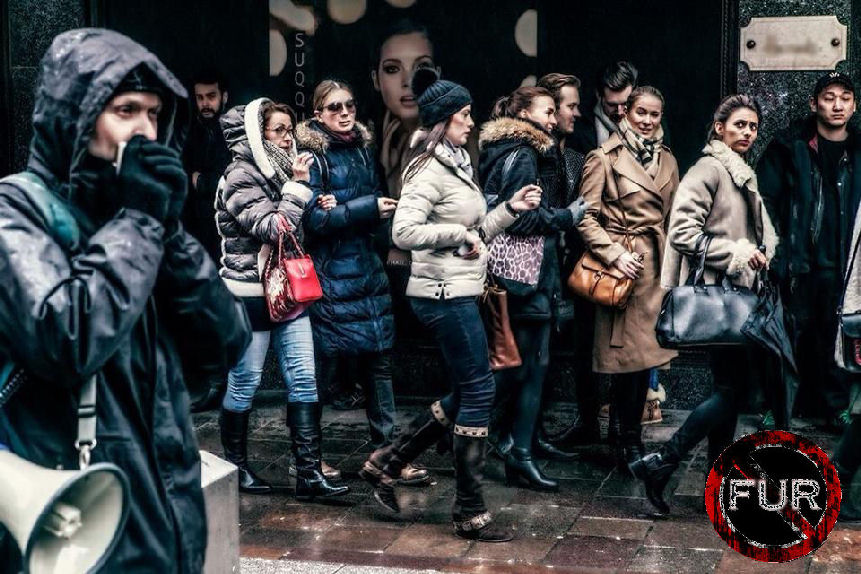 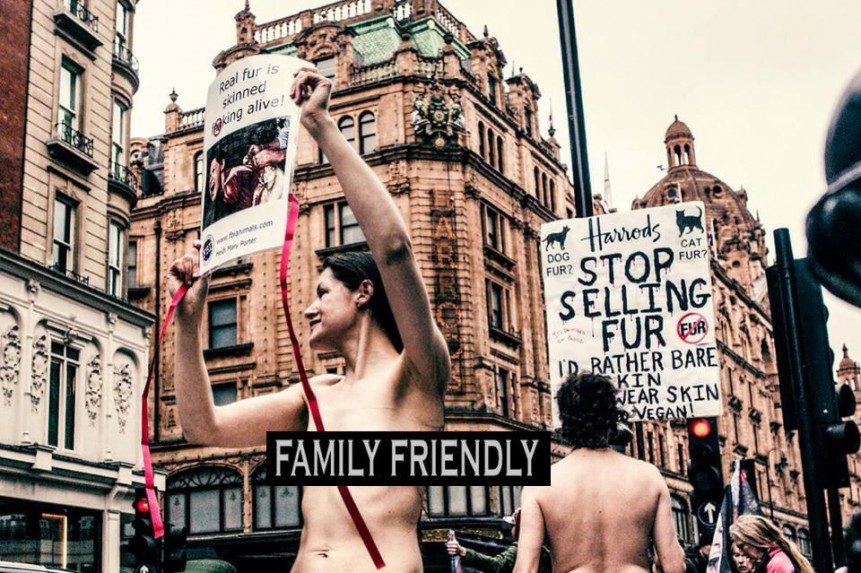 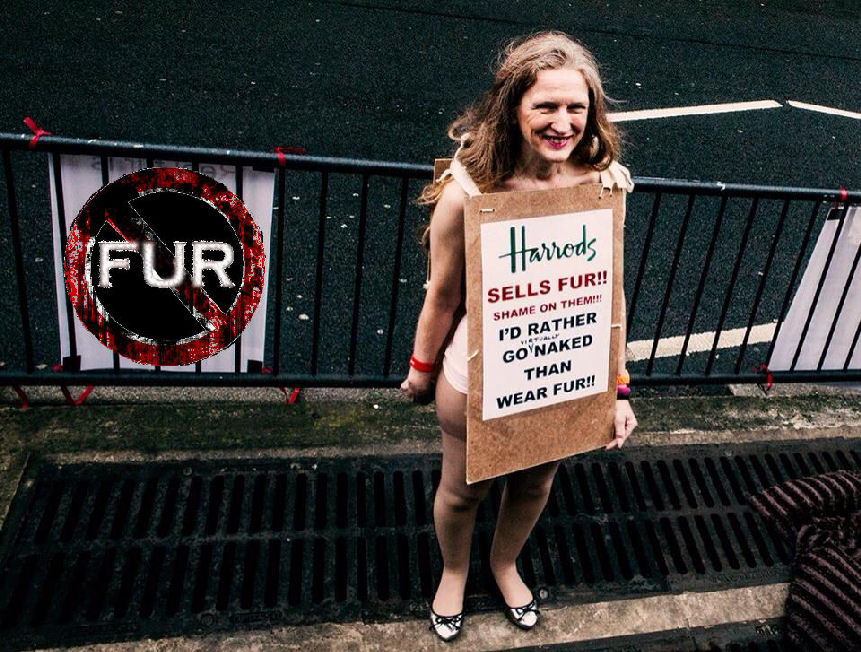 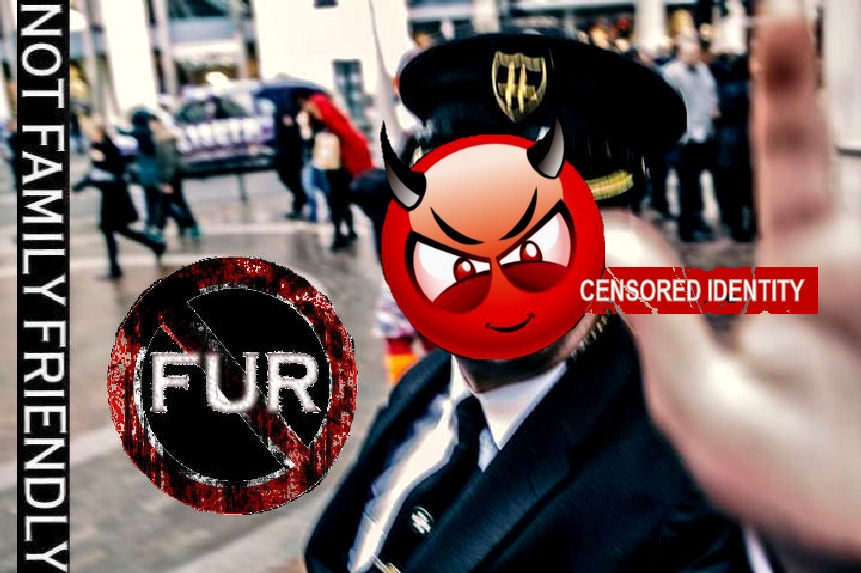 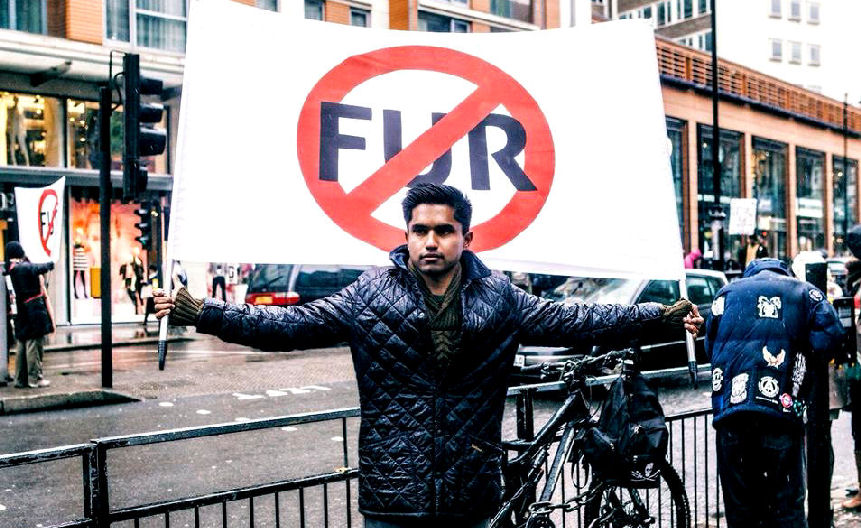 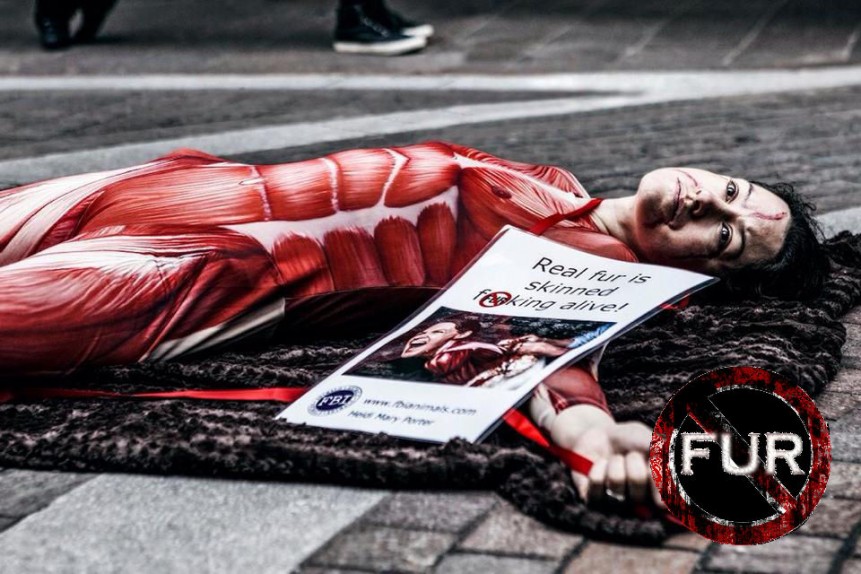 Photography by kind permission of Pacificus